Sickness on a foreign holiday: whose fault is it?

Have you picked up a bug on holiday?

We are still in the holiday season and people will be jetting off to more sun-kissed locations. Most people will have a great time and return home with happy memories to cherish on rainy days in England. For many, however, their holidays will be disastrous because of illness – sometimes quite severe and even life threatening.

Know what is out there

When there is a significant outbreak of an illness such as salmonella in one location, the incident is more likely to hit the headlines over here. The stories that hit the headlines are only the tip of the iceberg. Most people do not research what sort of bugs and infections they may encounter while holidaying abroad. Forewarned can mean forearmed.

The world is full of strange bugs

This article highlights some of the many phenomena that can ruin your holiday. These range from the minor discomforts such as bedbugs in Chicago to painful infections such as Chikungunya in the Caribbean. Some illnesses can kill you such as African Trypanosomiasis (otherwise known as ‘Sleeping Sickness’). 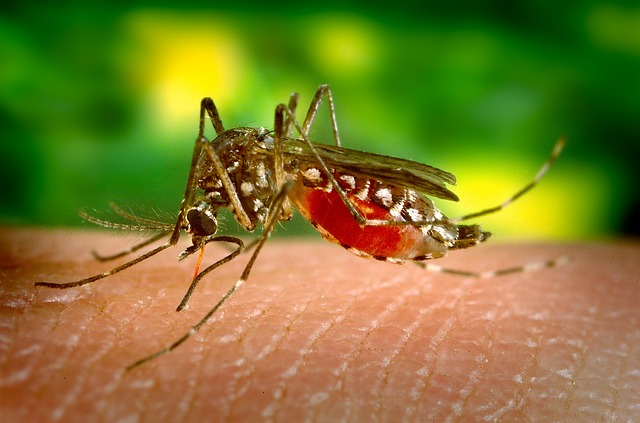 Sometimes getting ill is nobody’s fault. The risk of infection is simply something you must live with if you are going to travel to certain regions or engage in certain activities. Where an infection has not been caused by human error such as poor hygiene, incompetence may make matters worse further down the line. For example, ‘Sleeping Sickness’ attacks people in two stages. If it is detected and dealt with earlier enough, then it is fairly easy to treat. If it is not detected until the second stage then more powerful treatment needs to be administered urgently. Failure to act at the second stage will result in death.

There are other very severe infections that are the result of poor hygiene and low standards in restaurants – Salmonella, Cryptosporidium, Campylobactor and E-Coli. If you are struck down with one of these while on holiday, you have not picked them up by being near an infected person. These bugs are transmitted directly from a poorly prepared food source such as undercooked chicken. The only people who will fall victim will be those who ate the same food. Therefore, if you pick up the bug while on holiday, you can be fairly sure that somebody else has too.

Who is to blame?

Picking up an infection while on holiday is not pleasant and can completely ruin the experience. Furthermore, on returning to the UK, the victim may continue to suffer a negative impact on their lives because of secondary issues. They may need significant time off work. The question would then be: who is to blame and can a case for compensation be brought against the person or organisation responsible?

Every case is different so legal advice is always advisable. Here is a rough breakdown of some of the issues involved. 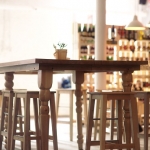 Let’s say you had visited a resort somewhere in Europe and, while you were there, you and your spouse had contracted Salmonella. It turned out that the restaurant where you had eaten had a cockroach infestation and were leaving food out all night before re-serving. Yuck! This is clearly not the sort of establishment anybody would want to buy food from however would your claim be against the restaurant?

There would most likely be a claim against the restaurant. This would be messy because you would be dealing with a foreign body in a foreign country with foreign laws etc. If the restaurant was part of the resort where you were staying, it would be more likely that your claim would be against the tour operator that the holiday was booked through.

Your solicitor would want to investigate as much as possible about the circumstances surrounding the incident. They would, most likely, want to identify as many other victims who had eaten at the same restaurant as possible. This would allow them to gather a portfolio of individual stories and build a bigger general picture. It would also be important that anybody who had seen or heard evidence relating to the case (regardless of whether they fell victim or not) came forward to submit relevant information.

People may have seen rats near the premises or signs of undercooked food. Perhaps others who were ending their vacation had made reports to those who were starting. As well as being aware of the circumstances leading to the outbreak, it would be vital to understand how much knowledge the tour operator had that standards were below par. What had they done to monitor the conduct of the restaurant? Had they been given reports from other holiday makers and had they acted on those reports? Was there anything they could have done to prevent the outbreak in the first place or to stop things getting worse later on?

The last question is also significant. It is already extremely unfortunate to contract an illness such as Salmonella. The response of your tour operator can make a massive difference to how the incident impacts on your life. Were they prompt in getting you a high standard of medical treatment? Did they take immediate action to safeguard the health of the other people also staying in the resort? How compassionate were they – did they keep regular checks on you to see if they could help further? Did they accept any responsibility or offer any sort of compensation?Did they even offer a gesture of good will without accepting responsibility?

You may have gathered by now that the likely focus of any claim for compensation will be the tour operator. You will have entered into an agreement with them here in the UK and they are seen as your guardians for the duration, there to act as a friendly, familiar trusted guide so you can feel at home in a foreign land.

It is a good idea to research your intended holiday destination as much as you can. Be aware of any vaccinations you need to take. Are there any bugs or strange laws, for that matter, that you need to know about? Remember the case of a British lady being arrested for posing topless at the top of a sacred mountain.

Secondly while you are on holiday, if you see anything that raises eyebrows or leads you to suspect that standards are not being met, take photographs. Keep records of anything at all that may be used in evidence later should things go pear shaped. Speak to the tour operator at the earliest opportunity and make them aware that you have taken photographs. This may not make you the most popular tourist on their books but it is more likely to provoke an immediate response to your concerns and, after all, it would be better to have a tour guide who is not your best friend than to pick up a life threatening bug.

If you or somebody in your family contracts a nasty bug while abroad (or at home) take steps to find out if anybody else has picked up the same infection. Having those details could be really helpful for your solicitor. We are here to help.

Enjoy the rest of the holiday season, at home or away, and stay healthy and happy.