The Case of Lord Janner

Only recently, many people were perplexed by decision made by the Director of Public Prosecutions (DPP), Alison Saunders, not to allow Lord Janner to face trial on allegations of child abuse. The decision had been made based on a judgement that he was unfit to stand trial due to his being too ill with dementia. A claim was brought for Victims’ Right to Review! 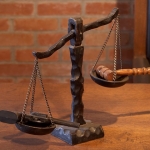 Why was a ‘Trial of Facts’ not ordered?

Many legal commentators were surprised that there had been no decision to at least proceed with a “trial of facts” where a jury is asked to make a judgement, based solely on the presentation of evidence adduced by prosecution lawyers and lawyers appointed by the court to act for the defence. 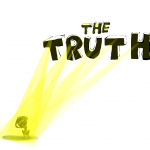 Following a surprisingly little known procedure called the “Victim’s Right to Review” the DPP’s decision has been overturned, and an order has been made for a trial of facts to proceed.

Judicial Review has been around for a long time however as one of many steps taken to protect victims in recent years, Judicial Review’s cousin, Victims’ Right to Review, has only been around since 5 June 2013. The Janner case has brought major media attention to this relatively new legal procedure which is probably a good thing because there were still plenty of lawyers who were not aware of its existence. 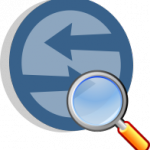 The right to review gives ‘victims’ the right to call for prosecutors to review decisions they make not to prosecute in respect of alleged offences. ‘Prosecutors’ includes the police, the Crown Prosecuting Service and even, in this case, the DPP.

According to media reports last year, there had only been 1186 Victims’ Right reviews from the previous June up until March 2014. Of those, 162 were upheld – a success rate of 13.7%. The Lord Janner case is believed to be the first time the decision made specifically by the DPP has been overturned as a result of the Victims’ Right to Review procedure and calls have been made for her resignation.

These statistics reflected that the new procedure was working or not working depending on the perspective. From the victims’ point of view, too many poor decisions were not being overturned. From the perspective of the Criminal Justice System and Crown Prosecution Service, the relatively low figure was a reflection of the system’s ability to get things right first time.

How does the Victims’ Right to Review work?

Since the procedure was created two years ago, amendments were made to Victims’ Code  (which incorporates the rules on Right to Review) and these set out how victims are defined. Before the amendments came into force in December 2013, the definition of a victim for the purpose of the Victim’s Right to Review, was as follows:

‘Any person who has made an allegation to the police, or had an allegation made on his or her behalf, that they have been directly subjected to criminal conduct under the National Crime Recording Standard (NCRS).’

Now, for the purpose of the legistlation ‘Victim is defined as:

‘A person who has suffered harm, including physical, mental or emotional harm or economic loss which was directly caused by criminal conduct.’

In brief, the main CPS decisions that the Code allows you to seek a review of are:

Unlike the Judicial Review, compensation will not be paid out to victims whose cases are upheld after review however the process is simpler and less costly to bring about. While Judicial Review covers a much wider scope of issues, the Victims’ Right to Review is a simpler, more cost effective route for questioning justice.

While you may bring a claim for review without a lawyer, your lawyer is fluent in the procedure and the most effective language for outlining your reasons for wanting a review. This can only increase the strength of your argument and make it more likely that a decision will be made quickly, perhaps in your favour. Once the request for a review is submitted, there is a 10 day period for processing, followed by a 20 day period for the actual review to take place, so you can get a result relatively quickly.